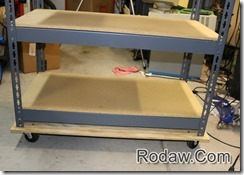 I scored some used shelving 18” x 36” x 72” for $10 bucks from an onsite auction of a closed furniture store. Space is at a preimum in my house and garage. I wanted to put some wheels on the shelves so I can move them around the garage.

END_OF_DOCUMENT_TOKEN_TO_BE_REPLACED

Edit: Ohh My! :-) I won honorable mention in the contest! What fun. Too cool. happy jeffa, happy happy!

See all the winners here.

END_OF_DOCUMENT_TOKEN_TO_BE_REPLACED

Power over other Pairs (PooP – perhaps the second o is silent)

I’m working on a project I’ve entered into Parallax, Inc. Spinneret Design contest. The first thing I need to accomplish after ordering and receiving the parts from Parallax is to create power for the Spinneret. Hello World on my Spinneret will have to wait for me to create a power supply and delivery method.

END_OF_DOCUMENT_TOKEN_TO_BE_REPLACED 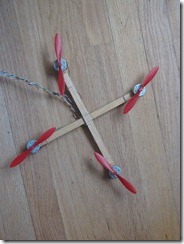 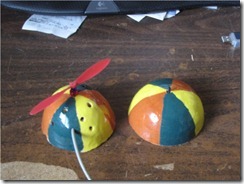 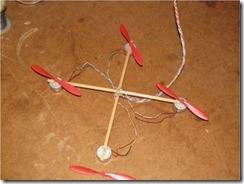 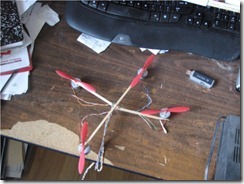